To be ignorant of what happened before you were born is to be ever a child. For what is man’s lifetime unless the memory of past events is woven with those of earlier times.”  .. Cicero

Presenting History, Not Slavishly Re-Writing It The Story of Buck Alex Robinson 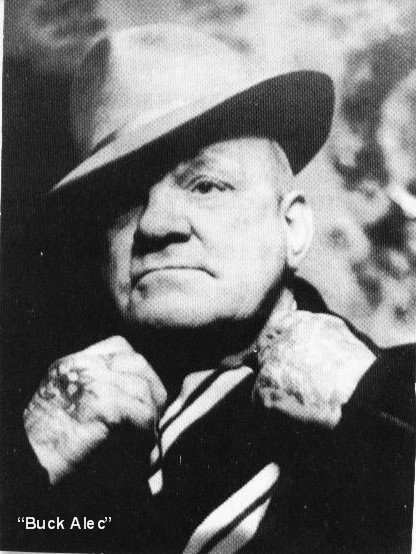 Buck Alec Robinson was a cocky wee lad of eleven years when he first stood in front of a Belfast Court, 29th January 1913, and on this his first charge of larceny he was discharged. Brought up in the shadows of Belfast’s docklands, at Back Ship Street, which very name conjures up dank images of run down property and squalid living conditions, the future for this little boy looked far from ‘Rosey’ - yet his name is synonymous with the birth of this “Northern Ireland”. By the time he was nineteen years of age. Alec had made ten return visits to the courts before he was finally recognised as of potential worth to those involved in setting up a ‘protestant parliament for a protestant people’. Alec’s ‘C.V ’, no doubt, was his criminal record, below, which depicts a reckless, violent man. It would seem some one deemed him good material for a “Special Constable”

Not a lot is known about the young Buck Alec Robinson, other than what can be gleaned from the court records above, but the last item on the above list greatly interested me so I thought I would look a bit closer at the circumstances behind it and I feel I stumbled onto Alec’s initiation into the “Ulster Army”. Apparently, Alec, then nineteen years old, was taking a stroll along the Glencairn Road, which was then merely a beautiful lane with a few houses splattered here and there, a beautiful Irish Glen. As he came close to a big house there, coincidently called “Stormont House”, the home of the wealthy Unionist Thompson family, a young man came charging down the lane brandishing a hammer, he was in pursuit of two young lads. The young lads grabbed onto Alec and begged for protection and Alec, left with little choice, tried to remonstrate with the hammer waving upper class young man, who told him that the lads had been trespassing on his family property. Thompson. Jun. continued trying to grab at the lads who by now cowered behind Alec fear alight in their eyes and for ever dodging the swipes of the hammer. At that Alec grabbed the hammer and wrenched it from the rich man’s son and gave him a clout, sending him scurrying off to his mansion. He then sent the boys off safely home and continued on his stroll. Some short time later as he made his way homeward down the Ballygomartin Road, a black sedan car screeched to a halt alongside Buck Alec. Thompson Jnr, jumped from the car, but now he was accompanied by another man armed with a shotgun, an employee of the family, they ordered Alec into the car at gun point and drove to the Shankill Road R.I.C Barracks where Alec was promptly arrested and charged with assaulting Thompson Jnr. and with stealing his hammer. In my opinion, for what it’s worth, if Buck Alec ever deserved a medal he deserved one that day for his actions, he received two months prison. No doubt some astute figure approached Alec at some point around this time and suggested he could put his fighting ability to a ‘better’ use, and he was enlisted as a “C” Constable, of the R.I.C.

And so young Alec Robinson became a ‘Soldier of Ulster’ and soon he became known as Buck Alec , hated and feared by the Catholic citizens of Belfast, who were living under a concerted campaign of ethic cleansing by murder and arson, led by a special unit within the police force, the Royal Irish Constabulary (R.I.C)  later the RUC.

Fir the full story of Buck Alec Robinson and other loyalist gunmen read my "Belfast Born Bred And Buttered" here in the Rushlight Magazine website , or order

TO BE LOCATED IN RUSHLIGHT MAGAZINE